According to the statistics of the World Health Organisation, there are about 650 million of people with impairments in their intellectual and physical development. This is practically 10% of all the population on Earth. Not all of them accepted their situation. Many of them want to have an active way of life and be full value members of the society. 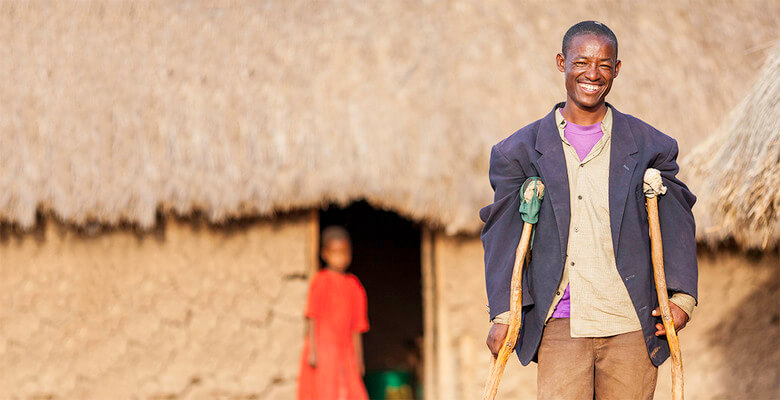 Rightful place in the society

The problem of social and physical rehabilitation of disabled people doesn’t become less actual. The increase of disability connected with the complication of the industrial processes, worsening of the ecological situation and expansion of war conflicts requires a special treatment from the world society concerning the development of an adapted physical education and sport.

At first, it’s hard to understand how disabled people can go in for sport. Obviously, that life of the handicapped people is difficult and full of a great number of difficulties and obstacles. However, sport for such people is a perfect means to fight the depression, increase their own credibility, obtain new social network and finally find the rightful place in the society.

Adapted physical education – isn’t even a method of treatment, this is more a way to switch one’s attention from the disease to the communication, rest and entertainment.

Yes, it is difficult. To face the destiny the person needs courage, endurance and cast-iron will. However, the fruits of victory will be very tasty. Paralympians know it first-hand. Of course, not all of them become the champions. For them victory is not the main thing, they love to take part in the sport life which is an efficient means to recover normal life activity and work.

Adaptive physical culture is a social phenomenon which aim is setting up and strengthening of social relationship of the person who had limited access to social life or even deprived of it, involvement to the full value life filled with new sense and emotions.

Adaptive sport (sport for handicapped people) is a type of adaptive physical culture. It helps to realize person’s abilities compared with the abilities of other people who have the same problems. Adaptive sport is oriented on the competition and achievement of the maximal result. So the key idea is breaking the record. This is the main difference compared with all other kinds of adaptive physical culture. The necessary requirement during going in for adaptive sport is the correct classification of the sportsmen according to their abilities. The classification is performed according to two directions: medical – the main criterion is the level of functioning affection and sportive – the specifics of activity is evaluated in every separate kind of sport.

Paralympic Games are the Olympic Games for disabled people. The appearance of such kind of sport is connected with the name of English neurosurgeon Ludwig Guttmann who had been fighting the stereotypes in the relation to handicapped people. He was the first who introduced adaptive sport as a part of the rehabilitation of people with the injuries of the spine. He proved that sport creates perfect conditions for successful life activity and mental recovery, helps to get back to full functioning life regardless of the physical flaws and enforces physical strength. 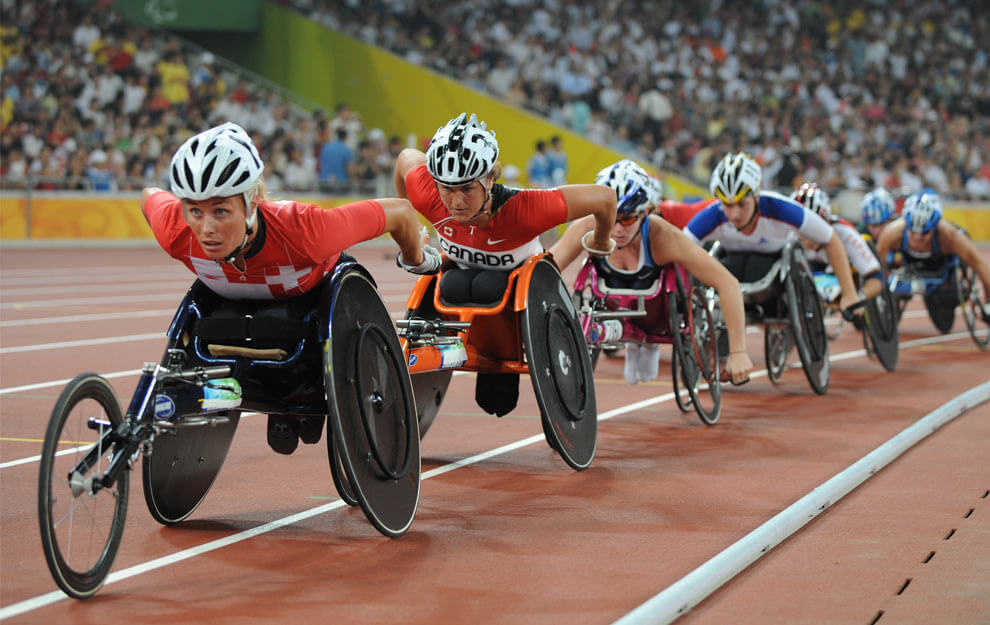 Definitely, all Paralympic sportsmen are heroes, because they didn’t give up, but overcame the fate and won. It doesn’t matter if they received the official trophy.

They are divided into two groups: summer and winter ones.

Some of the most famous Paralympic champions

They ran away from their fears and tumbled over themselves to become the champions.

Mark Inglis from New Zeland in 2006 climbed the Everest lost both his legs 20 years before this. The alpinist injured his legs by frostbite during one of the previous expeditions. However, he didn’t give up his dream and climbed the pick which is too difficult even for ordinary people.

Esther Vergeer is a Holland tennis player considered one of the greatest in the history of tennis on wheelchairs. In the age of nine after the operation on the spine, her legs were locked up. She is a multiple winner of the Grand Slam Tennis, seven times world champion and four times Olympic champion.

Philippe Croizon is a French swimmer. In 26 he received a tremendous electricity shock and as a result – amputation of hands and legs. However, in 42 he swam across La Manche – 34 km during 13 hours.

Michelle Stilwell is a Canadian sportswoman who participated and won in athletics competitions. She was traumatized at the age of 17 when she fell off the ladder. She is a Paralympic champion of Sydney in basketball and Beijing Games in athletics.

Alessandro Zanardi is an Italian race driver of international Formula 1, Indycar, ETCC, WTCC categories. After a car crash during the race he lost both his limbs. He managed to recover and come back to auto sport; besides he became the participant of Paralympic competitions in hand cycling.

Of course, there are not only these five people, but many of those who have got the unbreakable will to life and capability to share it with others. They help the society to see handicapped people and accept them as its honorable members and show them respect, support and love.