For some time it was thought that fatty foods can really harm sperm. There was a small but quite famous American study published in 2012 in the Human Reproduction journal. The study explored how the amount of fat in the diet affects men's sperm. 99 American citizens participated in this study from 2006 to 2012, and it showed very unpleasant results - unpleasant for those who enjoyed fatty foods. Fatty foods are not good for sperm, the study proved. The researchers divided men into three catogories: those whose "diet" one would call "fat", those with moderate fat intake and those whose diet could be called healthy. And the results demonstrated that men who liked fat meals had lower quality semen: their sperm concentration was 38% lower and the total sperm count was lower by 43%. 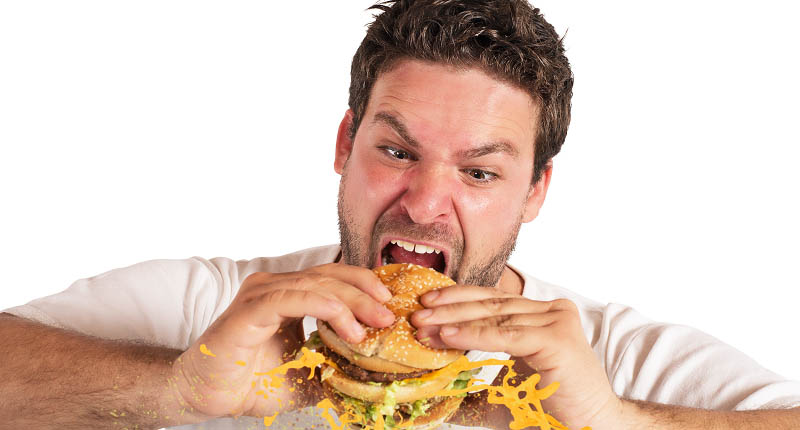 What is considered to be normal, good quality sperm? The WHO (World Health Organization) tells us there should be at least 39 million sperm cells per ejaculate, and as for the concentration, there should be minimum 15 million sperm cells in one milliliter of semen. Who has the most of it, according to the mentioned study? Those who consume fewer saturated fats and more healthy unsaturated fats - omega-3 fatty acids (by the way, fish is rich in those compounds). Their semen contained around two percent more sperm than of those who didn't eat a lot of fish.

Most of men in the research - 71% - were overweight. The number is close to the total percentage of overweight men in the United States, although scientists admitted that the number of men participating was still insufficient for drawing strong conclusions and more research is needed on the matter. They said the study found a correlation between saturated fats and low quality sperm but it didn't prove that fats were the thing that actually influenced sperm count and concentration.

Then, there was another study in 2014 made by Harvard University that showed that there is no link between saturated fat and sperm production but there is another connection that sperm has: with consuming processed meat (sausages, ham, bacon, etc.), meat preserved by smoking, salting, curing, canning, drying, etc. Men who had the most of it had 23% fewer normal sperm. Another study of the same year showed the connection between eating preserved meat and sperm count. It is not well-known yet what the reason of this causality is, however, there is one hypothesis that it has to do with hormones that can be found in processed meats.

Even though those studies deny the previous discovery, we can't be so sure that there is no connection between fats and sperm, and doctors now advise to maintain a healthy diet all the time.

What Other Foods Can Harm Sperm?

It may sound surprising, but full-fat dairy has a bad impact on men's fertility. What is affected is sperm's motility. Men who eat milk products, especially whole milk and cheese, have less motile sperm, a 2013- year study shows. On the contrary, those who prefer low-fat dairy products tend to have more sperm that is more motile, another study confirms. So, there must be a link between fat intake and sperm quality after all. Products with pesticides are even more harmful. The statistics show that those who eat the most non-organic fruits and vegetables have 64% fewer normal sperm cells than those who eat the least. At last, soda drinks were proven to have a negative effect on men's sperm, too.

What Else Can Harm Men's Sperm?

At last, cell phones impact the sperm quality, too. It is still very arguable, but those men who use them for more than four hours a day have considerably lower sperm counts and worse motility.