For millions of people all over the world, acne is a nuisance. It’s always irritating to wake up in the morning, go to the bathroom mirror, expecting to see your beautiful and familiar face, yet see a large pimple adorning one of the most visible areas of your face. While this unfortunate circumstance is one most adults usually quickly get over, it is much harder for teens and young people undergoing puberty to deal with acne. Though genetic factors are the main cause of acne, the skin disease is much more prevalent in those undergoing puberty, since this is a time when levels of hormones like testosterone change, bringing about acne-causing effects. In this age group, acne can be a serious problem affecting whole areas of a face. Not only does this create discomfort, but it blemishes people’s appearance, which has a direct effect in lowering their self-esteem. Whether acne is an occasional bother or a consistent problem, you should know that there are a variety of solutions, and Canadian Health&Care Mall is ready to provide them to you. 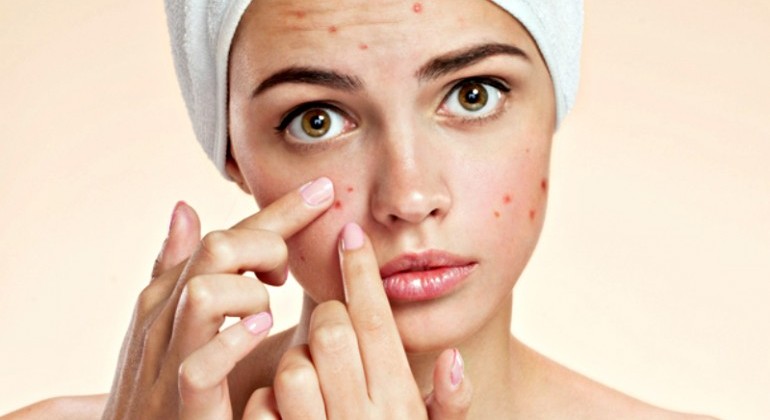 The first type of drug effective in treating acne we should mention is retinoids. Retinoids are compounds based on vitamin A, which are important in body functions like bone growth, immune defense, and vision. When adapted into a topical medicine, retinoids can do wonders for the skin, and are effective in treating acne. Retinoids come in three generations. The first generation includes retinol, tretinoin, isotretinoin, and alitretinoin. Retinol is a naturally occurring form of vitamin A, occurring from the hydrolysis of retinyl esters in the body. These esters can also be absorbed from consumption of liver, eggs, and other animal sources. They can also be used to produce retinal – another retinoid and compound acne medication is based on.

Tretinoin is another drug of the aforementioned category, being supplied in the form of gels and creams. Tretinoin’s full name is all-trans retinoic acid, and the medication has been included in the World Health Organization’s List of Essential Medicines, establishing its high importance in any medical system. This is the first retinoid successfully used as an acne medication, and this feat can be attributed to James Fulton and Albert Kligman in 1969.

Tretinoin is also commonly used in the treatment of keratosis pilaris. If you are dealing with a much stronger form of acne like cystic or nodular acne, you will probably be advised to take isotretinoin. This is another retinoid, albeit one often used to treat other serious skin conditions. There are also some very popular second- and third-generation retinoids used for battling acne, including etretinate, acitretin, tazarotene, adapalene, and bexarotene. Tazarotene is especially significant because it has proved to be the most effective of all retinoid acne treatments. Despite certain differences, retinoid acne drugs all work in much the same way. They should be applied to sections of skin affected by acne in modest doses, usually for a number of months. Though retinoids are generally well-tolerated, they can also cause side effects like increased skin sensitivity, short-term acne flare-ups, flushing, dryness, itchiness, and scaling. Due to the possible increase in skin sensitivity, patients are advised to apply retinoids in the afternoon or at night.

The second major category of drugs used to treat acne is antibiotics. Unlike retinoids, these drugs are typically taken orally, and apply to both mild and severe forms of acne. Antibiotics work by killing bacteria. One common choice in this category is clindamycin. This drug was created in 1967, and is still used to treat a wide range of infections from pneumonia to strep throat and others. The way it works is by blocking the synthesis of proteins in bacteria, thus preventing it from growing. Erythromycin is another drug many people use, although its treatment of skin and STD infections is more common.

Like clindamycin, erythromycin prevents the growth of bacteria. Tetracyclines are a group of antibiotics often associated with acne treatment. Doxycycline and minocycline can be used to combat acne infections, as well as other antibiotics like metronidazole and sulfacetamide. Oral antibiotics are generally much stronger than topical treatments, and are used as the primary choice in serious infections, with patients switching to topical forms after their condition improves. Unfortunately, antibiotics are also associated with a higher risk of side effects, including nausea, rash, vomiting, skin sensitivity, abdominal pain, and dizziness. Each drug of this category also has its own interactions and contraindications, which should be considered prior to taking a drug. For women with acne problems, a surprising solution is possible. Some oral contraceptives halt androgen production and stop acne infections in their tracks.

Canadian Health&Care Mall can provide you with a wide variety of products to beat your acne infection almost effortlessly.