Healthcare Expenditures in Canada: A look at the past, today and the future

In this Research by Canadian Health&Care Mall Group we will focus on the healthcare expenses in Canada from both consumer and governmental angles. Based on the comprehensive, 125 pages ‘National Health Expenditure Trends’ review as well as a number of NIMH sources and the popular industry resources like drugbank.ca and WebMD, we have gathered all the insights on the spending behaviour and patterns touching the period from 1974 to 2015.

The biggest expenditures share accounts for hospitals - 29.6% of health spending, and in 2014 the amount has climbed up to $63.4bn. The growth dynamics is going to be a distinctive feature of hospital expenditures, but the growth itself is experiencing a decline. The growth number in 2014 equaled 2.7%, - the lowest growth estimate ever recorded since 1990. The bigger part of the expenses is aimed at compensating the labour of hospital personnel. 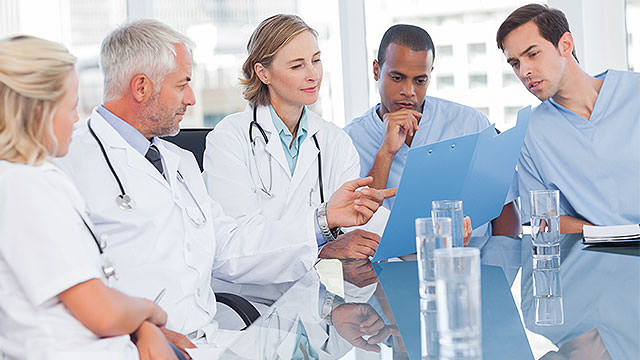 Meds expenditures is the second largest item with almost $40bn. annual number and 2.1% growth in comparison with the previous year. Almost twice as lower as hospital expenditures, medications expenditures equal 16.1% of the total annual expenses. Another 15% of spendings goes to physicians services - in 2014 the annual growth rate has climbed to 4.5%; and that’s another positive mark as this is the lowest rate observed since the mid-90’s. The 33 billion figure is expected to rise further in 2015 (the data is not available yet), although its growth tempo is highly likely to continue a decrease.

The expenditures on senior patients are the highest

The percentage of 65+ years old Canadian citizens is estimated at 15%, and this category takes over 45% of the entire public healthcare monies provided by provinces.

Nevertheless, the fact should be underlined this group is quite diverse. Here’s the breakdown of healthcare expenditures in more precise groups (as of 2012):

There’s almost around 30% difference between the first 3 groups and almost twofold gap between the third and fourth one; while the difference between the 1st and 4th groups is almost 70%. However, the overall aging factor is not the main expenditures driver, affecting the growth by 0.9% annually. Moreover, in the context of a decade there’s no significant impact of aging on the expenses, as a relatively low increase of 1.5% was observed since 2002 to 2012.

Comparing the expenses by provinces

The highest health spending rates reflected as percentage of budget in 2013 by territory account for Nova Scotia and British Columbia (46% and 43% accordingly). As for the highest values in terms of healthcare spendings per per person (including both private and public sectors), are observed in Northwest Territories and Nunavut - $12,160 and $13,160 respectively. As for the expenditures in terms of GDP, Canada is ranked 7th as for 2013 with 10.9% of GDP with almost 6% difference from the US, heading the list.

Expenditure trends of the recent decades

According to Canadian Institute for Health Information, the total spendings have exceeded the $210bn. in 2014, while in 1975 (the year the appropriate recordings have been initiated) this figure was estimated at $9.7bn.

The entire growth dynamics can be divided into 3 periods: the first growth wave from 1975 to 1991, the second one from 1991 to 1996, the fiscal deficit and disinvestment period. And the third one - started in 1996 and lasted until 2011, the period when the government was focusing on investments in healthcare, that has influenced the top-3 expenditure items described above. In order to strengthen the health system in 1999, the government announced that the provinces and territories will receive an additional $11.5 billion for the period from 1999 to 2004 to compensate the additional needs of the system. The essence of the reform was motivated by the improvement of the existing system and creation of a fundamentally new method of insurance and medical care provision.

Since 2011 the growth dynamics has slowed down and a slight decline is observed that is expected to continue during the next 5 years.

Pursuant to released in 2011 CIHI report, considering the cost driving aspects, fiscal capacity as well as GDP and an increase in population growth were the most crucial factors affecting the healthcare costs in the period from 1998 to 2008.

The advanced against the background of many other countries health insurance in Canada doesn’t include an ability to get medications for no cost. Thus, while the expenses on hospitals and physicians were largely covered by the public sector, covering pharmaceuticals expenses was the prerogative of private sector as for 2012.

In general, the expenditure dynamics of public-health sector demonstrates stability, balancing around 70% level since 1997. Thus, reportedly 70.6% of the total $145bn. expenditures on healthcare sector in 2012 was covered by public sector enterprises, and in the year of 2014 the expenditure level was estimated at 70.5% (-0.1%).

Medications sales: on the rise, not going to take a break

Retail sales of prescribed and available over the counter medications have became the second largest spendings item after hospital expenditures. In 2012 the amount of drugs spendings has reached $33.9bn in 2014. The dynamics is believed to be preserved in the next few years, the forecast for 2015 is 0.9% growth. Interestingly, the share of prescribed drugs in overall amount of retail sales was equal to 84.9%.

Since the mid 90’s pharmaceutical industry has been gaining momentum at a railway speed - today it’s one of the largest healthcare expenditure aspects in Canada. Although the fact should be underlined that the growth of expenditures in pharmaceuticals was slower in comparison with spendings on physicians from 2007 to 2009. An in-depth research was conducted by CIHI in 2011 - its results reveal the most crucial factors that affected the growth in the context of 10 years. Therefore, the average annual growth of 10% was largely triggered by the adjustments in complexes of treatment and increased demand in practice - 2% and 6% contribution accordingly.

Bad cholesterol meds, cancer preparations and immunosuppressants categories contributed to almost 30% increase in drug expenditures. The dynamics of meds production give the ground that such drugs can hold the leadership positions as for cost driving during the next 5 years. Despite the fact that the lineup of such drugs constitutes less than 10% from all the approved preparations in the local market, the fact should be underlined such drugs account for 20% of medications that were granted an approval during the last 10 years; moreover, 30% of meds on various stages of development are designed for this category.

The amount of expenses classified as ‘Other’ has reached $12.4bn in 2012, which is 6% from the total volume. The number has continued its growth in the following 2 years by 2.5% and 3.5%. Health research is one of the most costly items that constituted 1.6% in 2012. The category includes a long list of provided services: from medical transportation to technical appliances repairing.